ABOUT US AND OUR PRODUCTS

Easy Living Water is pleased to offer this fabulous technology. Having seen the benefits of these systems firsthand ourselves, the natural progression of becoming a distributor was an easy decision.

Many people realize that water purification is necessary today because of how damaged water has become. Filtration does not bring water back to life; purified water is still dead water. For water to impart vitality it must be more than just clean; it needs to be ALIVE! However filtering, reverse osmosis, and many other common treatments will not reestablish the healthy structure of water.

Water revitalized with Grander technology has many desirable qualities we associate with pure spring water. The underlying structure of water becomes highly organized and dynamic when revitalized. This proper structure, which exists in pristine nature, improves water’s usefulness and benefit to health.

A large number of users have reported incredible changes:

HOW DID GRANDER WATER COME ABOUT?

Johann Grander was neither a scholar nor a scientist, but rather a simple, modest man, who grew up in the Tyrolean mountains. At the age of 49 he gave up his work career to dedicate himself to experimenting with water and solving its mysteries.

"Water is a cosmic matter", states Johann Grander. He coined a phrase more than 30 years ago, which is embraced by millions of people today, "Healthy living begins with revitalized water."

Based on a lot of research and a multitude of studies, today the GRANDER® Water Revitalization process is successfully implemented in many countries around the world and for many purposes- from households, to swimming pools, ponds, hotels, wellness and agricultural uses as well as in industrial plants.

CREDIBILITY - IS THIS TECHNOLOGY PROVEN?

Various scientific bodies have studied Grander® since its introduction to Europe in 1989. The Russian Academy of Natural Sciences awarded inventor Johann Grander their highest award, the Silver Medal. He was the first non-Russian to receive this prestigious award. Various well-known companies such as BMW and Isosport have used Grander® Technology with consistent, measurable results, yielding lower costs and higher quality production. 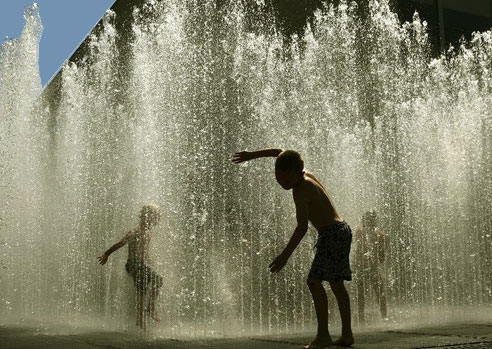